Introducing the story of how we overcame various challenges to develop and release PBCF into the market.

Since its introduction in 1987, PBCF has been installed on more than 3,400 ships and has become a globally recognized energy-saving device. However, in the beginning, PBCF faced various challenges. The biggest challenge was to overturn the negative opinion within MOL that it was inappropriate for the user, the shipping company, to take the lead and pay the full cost of the development. Here is the story of how we overcame this and brought the product to market.

The Birth of Idea

In mid-1983, Mr. Kono, the general manager of the engineering department at Mikado Propeller Co., Ltd. (MPL, now merged by Nakashima Propeller Co., Ltd.), conceived the idea of attaching fins to the root area of the propeller blades.

MPL, based in Nabari-shi, Mie Prefecture, made propellers mainly for fishing boats. It entrusted West Japan Fluid Engineering Laboratory Co., Ltd. (FEL) in Sasebo-shi, Nagasaki Prefecture, to conduct tank tests to confirm the effectiveness of the fins. FEL Managing Director and entrepreneur Mr. Ogura, also a specialist in propulsion performance, observed the test and came up with a new approach—why not put the fins on the boss behind the blade of the propeller? This was the beginning. Then, along with FEL General Manager Mr. Tamashima, Mr. Ogura conducted their own tank test based on the new idea.

The results showed that the addition of fins obviously changes the vortexes generated behind the propeller boss. So researchers qualitatively confirmed the effects of attaching fins to the propeller boss. FEL applied for a patent on this idea in July 1886. And when they told MPL, the original client that requested the test, it turned out that MPL was working on a practical application of the same idea.

At that time, however, MPL had no intention of independently moving ahead with research and development (R&D) on the idea, and FEL also lacked the funds to move the concept toward practical use.

At that time, Mitsui O.S.K. Lines, Ltd. (MOL) was studying the adoption of an energy-saving duct developed in Europe and entrusted FEL with tank tests to verify its effectiveness. Mr. Ouchi, the technical manager of MOL’s Engineering Division, visited FEL to observe the test. In a conversation after the test, FEL Director Ogura explained to Manager Ouchi the idea of attaching fins to a propeller boss and suggested that MOL join R&D on the practical application of the new technology.

FEL expected the idea to generate more interest by MOL, a major shipping company that would be a user of the technology, than with shipbuilding companies that focus mainly on their internal R&D projects.

Manager Ouchi, who was eager to get involved in innovative R&D work, was interested in the idea and decided to bring it up for internal discussions at MOL, with the idea of getting the company involved.

The proposal took shape after discussions on role-sharing by MPL, FEL, and MOL, the development program, and cost estimates, and was then presented in-house at MOL.

Executive in Charge of Engineering Dismisses the Idea

In September 1986, Ouchi submitted a proposal on the joint development of a new type of propeller with fins on the boss to Mr. Orito, the Deputy General Manager responsible for R&D in the Engineering Division (who later on would become the first General Manager of MOL Tech’s PBCF Division). MPL, FEL, and MOL moved ahead with R&D aimed at commercializing the new technology, and MOL agreed to cover the total R&D expenditures, estimated at tens of millions of yen. If the project led to the successful commercial application of the technology, MOL would hold the commercial rights. This was a ground-breaking proposal, and an unusual risk for a shipping company to take. Deputy GM Orito, who reviewed the proposal, saw it as a very effective as an energy-saving measure and a promising new business if it proved practical, and decided to present it internally. But its journey was not easy.

The executive in charge of engineering used his management discretion to dismiss the idea, insisting that this type of project should be developed by a shipyard or related manufacturer and finding it inappropriate for a shipping company—the user—to bear the entire R&D cost.

Mr. Orito then sought expert advice from Tokyo University Professor Kato, a specialist in high-speed fluid dynamics. He responded that the mainstream of research about propellers focused on the middle to the leading edge of the radius, and research about the propeller boss was a new and uncharted area, so it had great potential. Mr. Orito also learned more about MD Ogura’s achievements and credibility as a technical expert.

Mr. Orito was encouraged by Professor Kato’s feedback and consulted with the executive responsible for marine engineering, who also chaired the ship operation technology efficiency committee that reviewed R&D projects at the time. He already liked the idea that MOL could take the lead on a project and said we should move ahead with it if the Tokyo University professor found it promising.

We then divided the development into three phases:

Phase 2: Research the optimal shape and confirm the quantitative effects in a series of water tank tests;

Phase 3: Conduct a large-scale tank test and onboard an actual vessel;

and moved to the next step after confirming the effects phase by phase. At the end of October 1986, the personnel in charge of MOL, FEL, and MPL, were designated and launched started the phase 1 experiment with Manager Ouchi as the project group leader. This confirmed the qualitative effects of addressing hub vortex. The MOL executive in charge of the Engineering Division, who was initially negative toward the proposal, managed the project in a more positive way as the development proceeded smoothly, step by step. 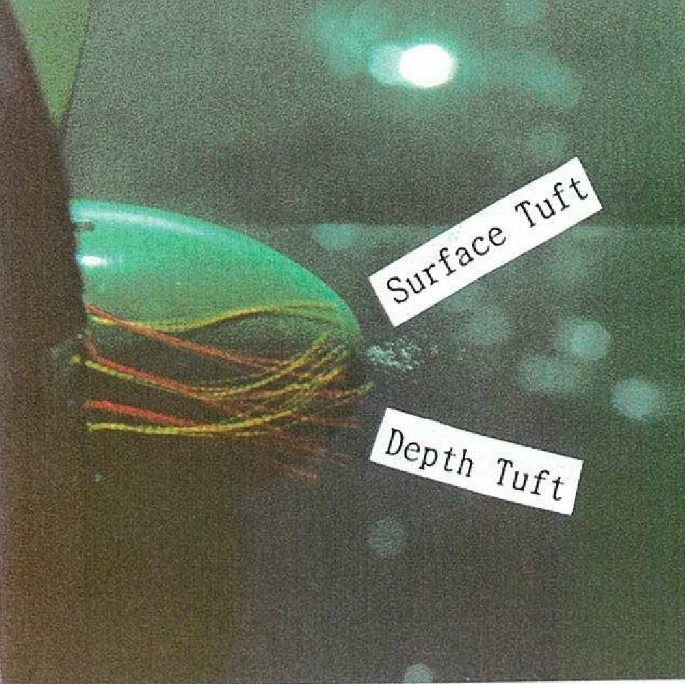 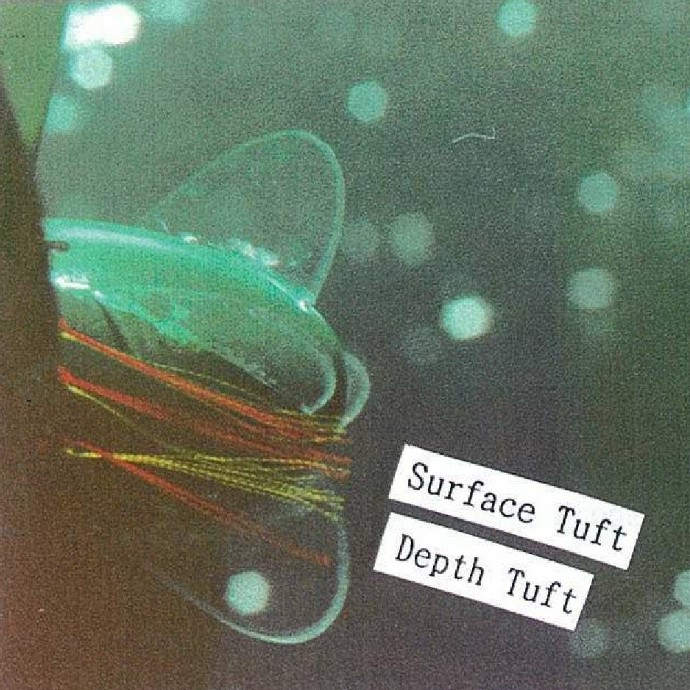 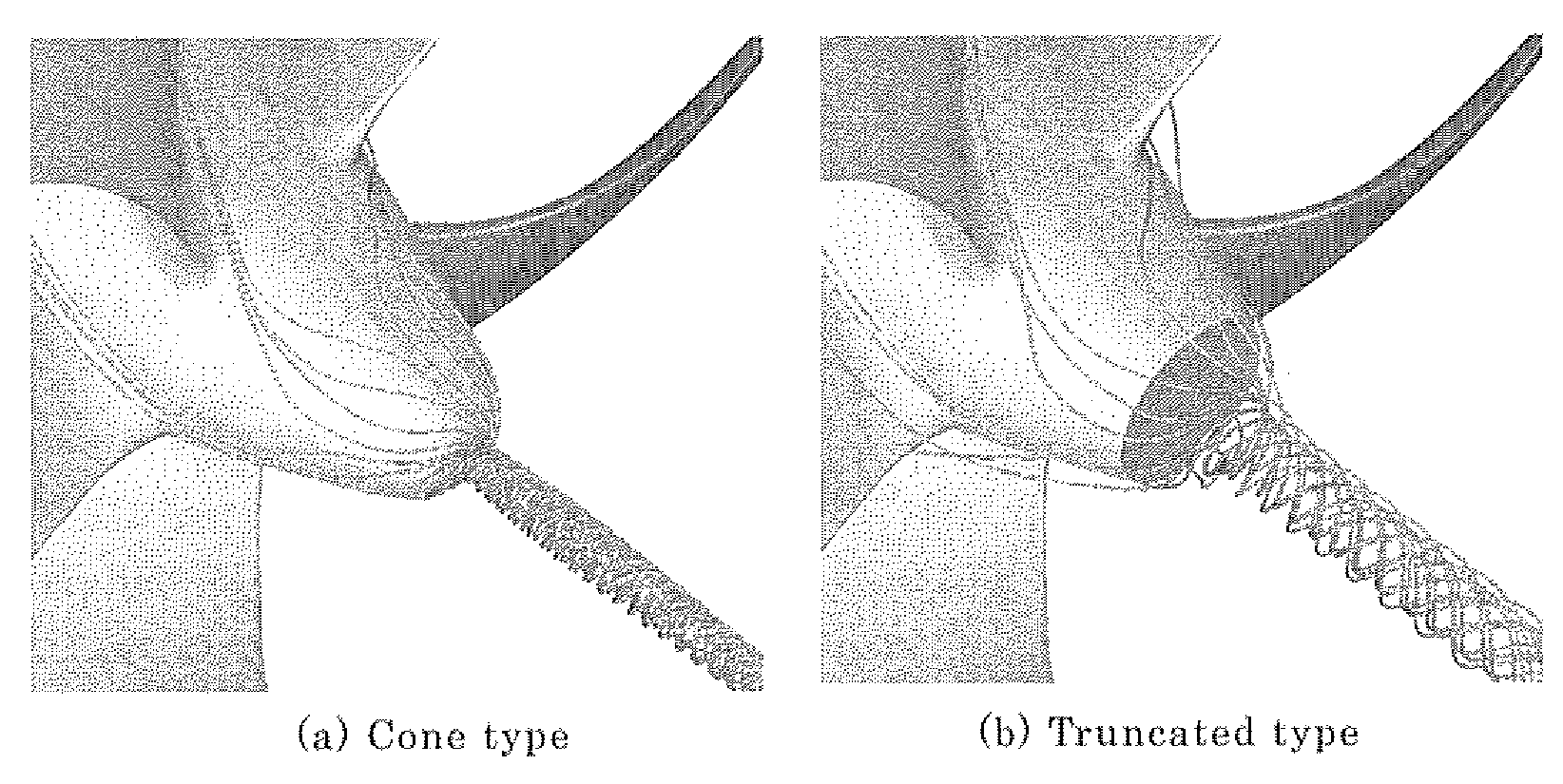 In March 1987, the project was earnestly approved by the internal committee, and phase 2 began with a series of tank tests. But the propeller axis and measurement device were placed in the slipstream of the propeller during the propeller open test (POT), and this made it difficult to sufficiently measure the increase in PBCF efficiency because it restricted the expansion of the hub vortex.

Therefore, MOL Deputy Manager Mr. Shiozu developed the reverse propeller open test (reverse POT), which is popular at present. The reverse POT can clear the area behind the propeller boss, although it reduced the precision of propeller efficiency measurement. Nevertheless, they succeeded in measuring improvements in PBCF efficiency.

Based on the success of phase 2, we conducted experiments using a containership and car carrier as well as a large-scale tank test and gained satisfactory results.

Speaking of the patent, the three companies submitted a joint application of patent in Japan in a manner that gave preference to FEL’s initial patent application and MPL’s practical application of the new idea. And in September 1996, the patent was officially approved, and then registered in more than 10 countries overseas.

In September 1987, we conducted a comparison demonstration test that was conducted with and without PBCF on two sister car carriers after docking. The results confirmed that the PBCF achieved a 4% improvement in fuel efficiency.

In step with the technological development, we publicly announced the PBCF research and development for the first time before the Society of Naval Architects of Japan (SNAJ) in May 1988 and have continued to present papers on it up to the present day. The PBCF has earned a host of honors, including the SNAJ invention and design award in May 1990.